Why every technology professional should read more sci-fi books? 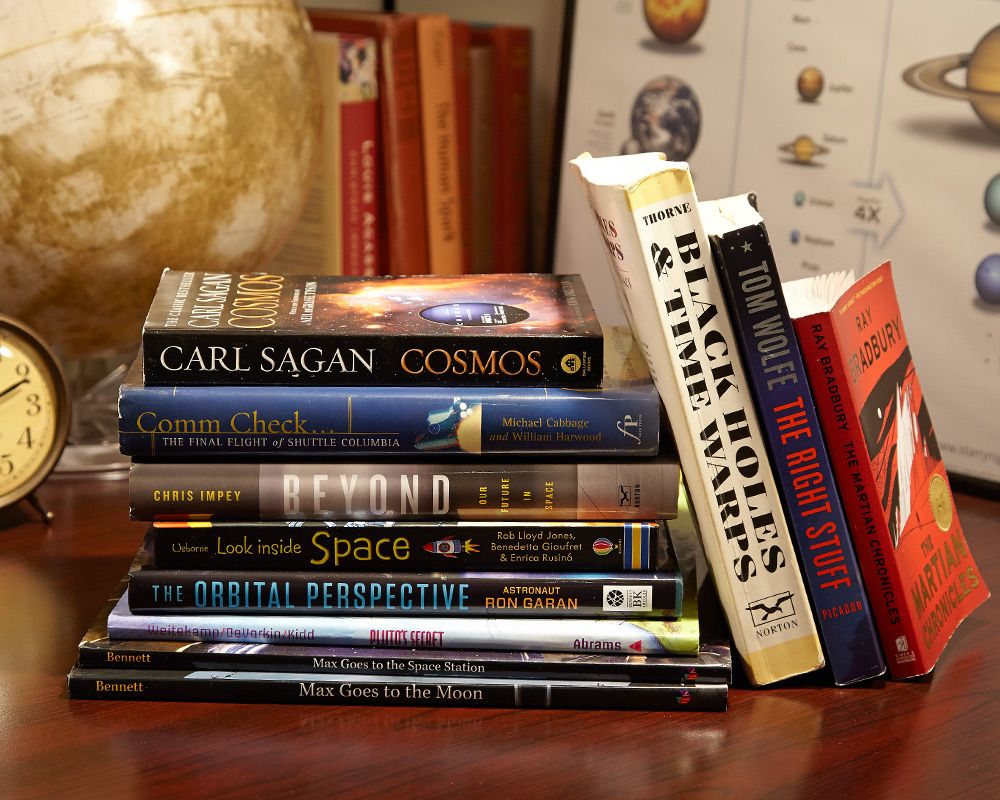 Most people when asked which genre of books they love to read will mention sci-fi. For the majority of these people, what they are looking for is a book that challenges their intellect. These are people who appreciate life as it is but wonder about what lies beyond the ordinary.

While reading a science fiction book can pass as a simple relaxation technique, technology professionals are starting to make connections between these stories and real life. Tell this to the ordinary person on the street and they will laugh it off – why?

People read books for entertainment oblivious of the fact that the author might not have intended that for their work. A lot of people treat books as an escape route from their lives – books usher them into a make-believe world that they do not have to stay in forever. It is this power of choice that draws people to works of creative writing.

Did you know that as a technology professional, science fiction can offer you a peep into the future? Have you considered that what the author is talking about in their book could come to life with a little bit of research and critical thinking?

A science fiction story is a way to get the mind working; what you see helps you to reflect on your own personal relationships, your relationship with technology and to a greater extent the environment. If we consider the issue of global warming for instance, there are so many ways in which depletion of the ozone layer could affect humanity. However, a science fiction writer will only focus on that scenario that brings the most destruction.

What if the future of the world exists and whichever way we approach it, the end will be the same? Well, that is a question that would cause some people to shudder while others take to celebration but it is a fact that science fiction stories do indeed come true – sometimes.

History proves that science fiction stories have acted as predictions since thousands of years back; story tellers started toying with the idea of the lunar landing from around 175 A.D., through the works of a satirist from Syria known as Lucian Samosata. Much technological advancement has followed this path, although science has missed a few of the great ones; or not. The greatest communications gadget yet, the smartphone, is more of a fancy pager, don’t you think?

Clearly, science fiction writing is more than just fun; technology professionals should probably start paying more attention. Not sure where to start, check out this list of best sci-fi books in 2021;

If you have some basic medical knowledge then you might have come across the concept of using electrical current to manipulate body muscles. This is known as galvanism and is the basis on which the story of defibrillator was built. In the book written by Mary Shelly, Dr. Victor Frankenstein is famous for reanimating dead flesh.

The first real application of this technology happened in 1947when Dr. Claude Beck used a 60 Hz jolt to revive the heart of a teenage patient. No modern hospital today can operate its emergency unit without this device.

In 1869, Edward Everett Hale wrote a story dubbed, ‘The Brick Moon’ about how 4 old college buddies transport people into orbit using a flywheel. In 1971, the then Soviet Union, commissioned a space project that would launch a cylinder measuring 65 feet into space. Those who were on board the ship had an opportunity to take photos and explore gamma rays.

In the last 50 years, the advancements in machine learning have been unprecedented. Well, Samuel Butler had thought about the idea way back in 1872 as indicated in the novel he authored, ‘Erewhon.’ The story suggests that computers will in time outdo humans in various abilities. From what we can see around us, ‘intelligent’ is hitting the market quite often. What do you think enables the computer every time you wage a battle of chess or monopoly?

A short story known as Mizora would be the idea behind getting extra meat without having to slaughter extra animals. Mary Bradley Lane makes such an excellent description of a group of people she calls Amazonians who make synthetic burgers out of chemical elements in beef. She barely misses the mark since in 2013 a Dutch scientist Mark Post started to make patty from the petri dish the first one consumed quite a huge investment of $280,000 but the cost has since dropped to about $12.

The 1905 story of Rokeya Sakhawat Hossain, Sultana’s Dream was all about being able to keep some the heat of summer to warm up the cold moth of winter. This idea became a reality in 2007 when anti-freeze pumps in Canada facilitated heat radiation from the ground up to 2 houses during the entire cold season.

READ  The job of copywriter and how to become copywriter?

A novel written in 1911 tells a story of a young boy who invents an electric fire arm that shoots targeted electric current every time it is fired. The idea must have caused sleepless nights Jack Cover, a NASA engineer whose name is behind the invention of what we now know as the Taser Gun. This modern weapon uses two leads to draw a jolt of electric current strong enough to paralyze a human being but not kill them.

In the story of Fahrenheit 451, Ray Bradbury intended to stop dystopian futures from happening. His idea of a ‘thimble radio’ that provided talk, music and sound would in a single year after his work was released hit the mass market as the now essential wee earphone.

The practise of authors acting as the link between imagination and reality can be seen in the number of science fiction stories that have actually sprinted to life. The fact that not all stories of this kind make it to real-life inventions, technology professionals need to start reading books more. Even in instances where a fiction story does not shape future events, the ideas have at times acted as a guide for it. Google Earth is one such idea.