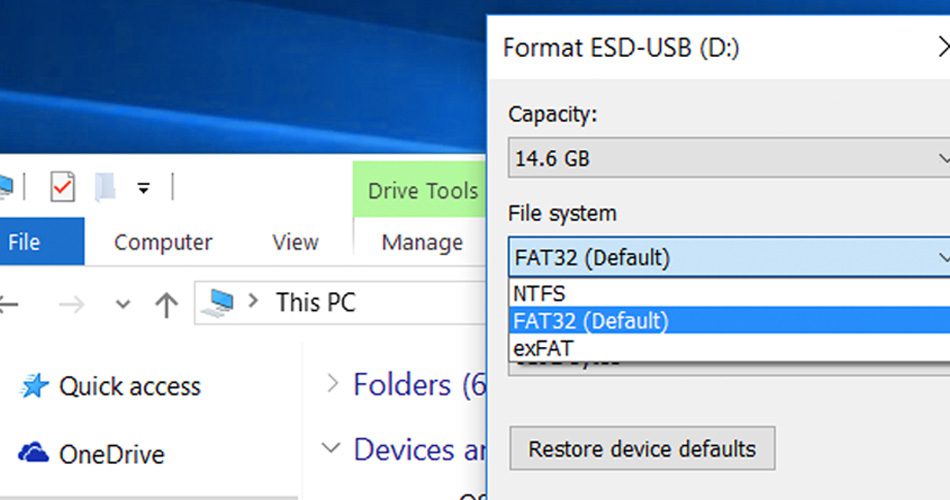 Varieties of software, hardware, hard drive, computer storage internal as well as external issues are experienced. Ever wonder what is NTFS & exFAT and NTFS vs exFAT. These issues cannot be controlled by human ventures. These issues are to be solved technically. There are various jargons and tough technicalities that are seen coming up daily. People who deal with such issues understand those easily. While what if you want to know more about storing your data safely? Which hard drive or USB should you use? Let’s understand what a File is first!

What is the importance of File System on each computer or device?

While this system of storage was invented the main idea was to safely store data well. This file system was made with the best idea, rules, and regulations. These set of terms help the file to carry on its duty of storing data well. This file system also helps you to find as well as additional data in the file. This data collection in different files helps you to locate them well and recognize them too.

If this file system is taken away any day we will be left with unrecognized and organized data. In the market for computers and hard drives, there are various types of files systems with different usage. Some of the well-known filesystems are Disk, Flash & Tape File System and many more. Well, we will discuss 2 Disk File systems NTFS & exFAT.

What is NTFS File system?

NTFS -New Technology File system. This file type and a system were developed by Microsoft Company. This file is a default file system member of the Microsoft Windows XP which was introduced in the year 1993.This file system by default is used by the Windows NT 3.1 operating system of Microsoft!

This file is automatically used for storing and retrieving files over the hard disk or drive. This system is developed by Windows NT 10 and is said to be a High Performing File system (HPFS) too. The best thing about NTFS is it has basic unique and salient features which are missing in other drives & systems. NTFS is modern and advanced too.

Are there any advantages associated with NTFS files?

This system is designed to get better encryption systems, better backups, and recovery of data if the computer crashes unexpectedly. It also has the feature of providing better security to the file. This file system is compatible with all Windows that came up to date. While the compatibility of this file system with Mac Book OS X is still questioned. These file system types have no partition of size limits specified.

This system is well known for its speed, efficiency, performance and the security it offers. Being a default member of Microsoft drives it works smoothly and corrupts rare. The best advantage of this system is it offers the best size of 1KB that is equivalent to being 18,446,744,073,709,550,592 bytes. The original size of NTFS file system is almost 256 TB. The best use can be when it comes to internal hard drive systems.

Any peculiarity of NTFS?

This NTFS File can be read on Mac OSX and Linux but no writing can be done! Thi system is limited and has various compatibility issues.

What is an exFAT File System?

It is Known as Extended File Allocation Table. Like, NTFS exFAT is also developed and introduced by Microsoft in that year. The file size of exFAT is similar to NTFS i.e. 16EB that is 1 KB. Well, the volume that this file system can take in is 24ZB. The usage of exFAT files is seen until today. They are used in digital cameras. Mostly it is noticed that memory cards of SDXC are pre-formatted with the help of these drives. exFAT files were launched in the year 2006 by Microsoft itself.

NTFS being a default member of the File system of the Windows NT, exFAT hard drives, SD cards and Disk files are all safe as they are light and take up a lot of files whichever size they are. Many users and experienced people have suggested using exFAT files other than NTFS files as they are easy and no issues are to be faced.

These file systems are developed to have customs implementation which makes it unique in the market. Provides unlimited file size and causes no issues of storage of data. The best use of these file systems is when it comes to using USB or any hard drive. When data exceeding above 4GB has to be done exFAT is feasible.

Any peculiarity about exFAT

This file faces various obligations and obstacles by Microsoft itself due to license issues.

Is there any noticeable difference between NTFS and exFAT file system?

exFAT fillies are not defaulting like NTFS file systems. Even though NTFS files are well to use exFAT files are lighter and very feasible too. exFAT supports files with various sizes; they may cross the upper limit of 4GB too at times. NTFS is limited when it comes to supporting various file sizes. Though security is the basic fact NTFS guarantees security of data and exFAT has no such information.