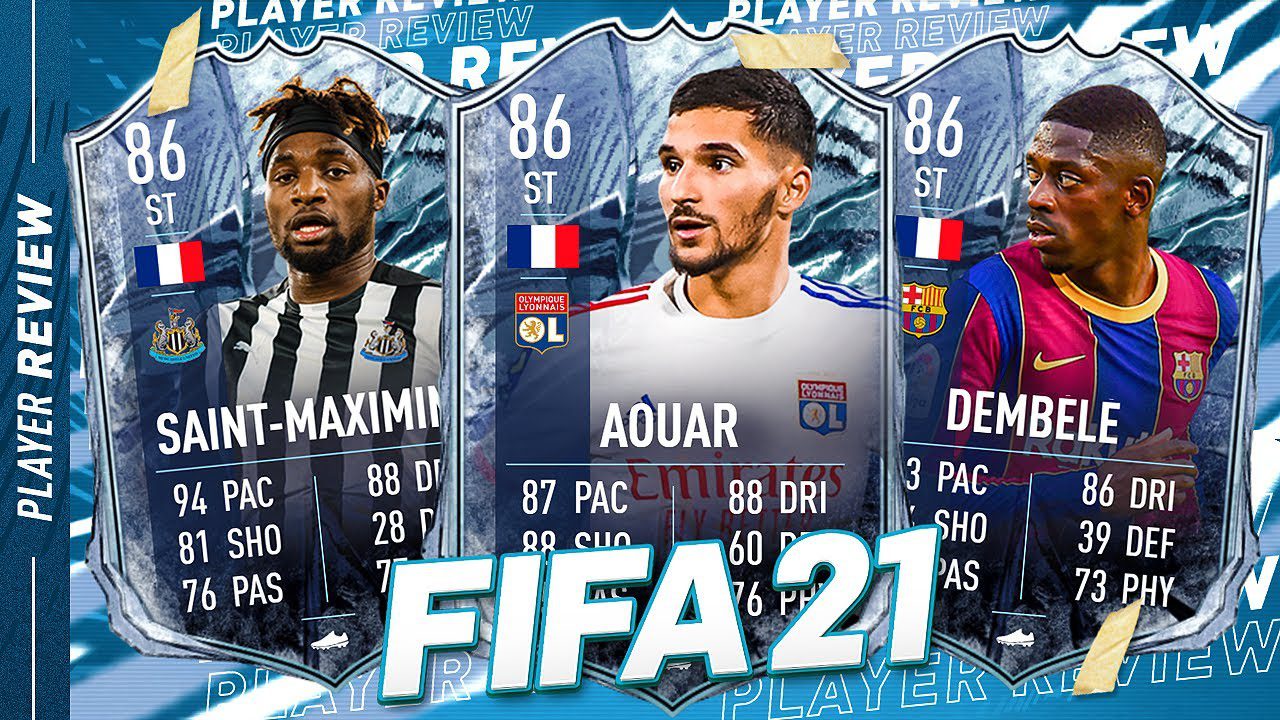 EA has released 5 more FUT Freeze players into packs, they are Dembele, Saint-Maximin, Chiellini, Capa and Limer. You are now able to unlock them by finishing the squad building challenges. And here in this guide, we will be talking about 3 of the most overpowered players, and we present Freeze Dembele player review, Freeze Saint-Maximin player review and Freeze Aouar player review in FIFA 21 Ultimate Team. 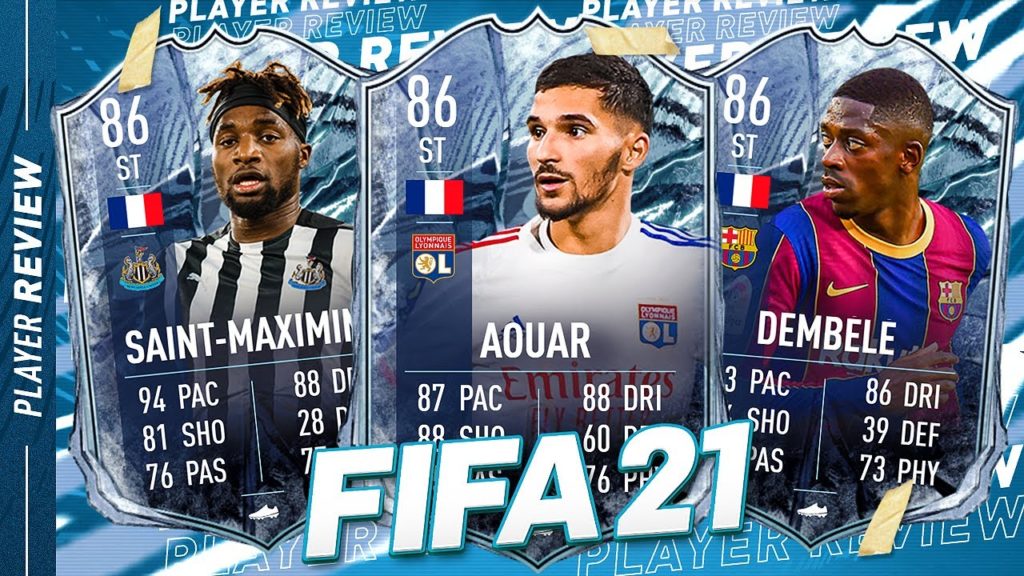 He’s been give 16 stamina, that is a massive upgrade. Dembele was as good as he is because we know he’s good right. If you take a look at this card, he’s not that great, low reactions, poor physicals, generally passing, a bit weird but because we know how overpowered he is in game. This card is just going to be crazy. His pace is quite good at 93 rating. His in-game stats aren’t like all that, he’s just one of those players though that’s just super overpowered and he’s going to be in packs and he’s he’s going to be crazy expensive, minimum price range 95K FIFA coins as well.

He’s give 1 pace, 11 shooting, 3 defending, 1 dribbling, 4 passing and 14 physical on him. Now this is a much better card, top pace, obviously not the 5 star-weak foot and 5-star skill moves, but way better physicals, outside of aggression, finisher chem style on him, that is a deadly card. 99 agility, 99 dribbling, 93 balance, 99 shot power, 95 finishing with that stamina, that aggression and sprint speed. Those skill moves can’t pass for his life but that is a quality card and he’s got 1.3 max price range.

The Aouar’s SBC is coming in at 130K FIFA 21 coins for him. It’s one of those cards where you genuinely might like to try his loan to see how he plays. He looks like he could be absolutely broken good, but he also looks like he might just be another one of those cards that on the face of it. His stats are incredibly well rounded. But we have so many cards that have exceptional stats, but you’ve got to boost all of the right spots with this one. He’s got top tier pace, top tier shooting, good short passing, fairly good dribbling at 89, good stamina at 84. This card is definitely worth investing. As an attacking midfielder, you’ll probably have yourself a better chance of fitting him into a squad than as a striker. This is a better valuded SBC that we’ve had from the Freeze set up so far from EA. If you are a card collector, if you are building loads of SBCs, if you are into first owner players, why not consider put this card into your squad?

So three of the most overpowered players in the game have been given special cards. Will you invest them?