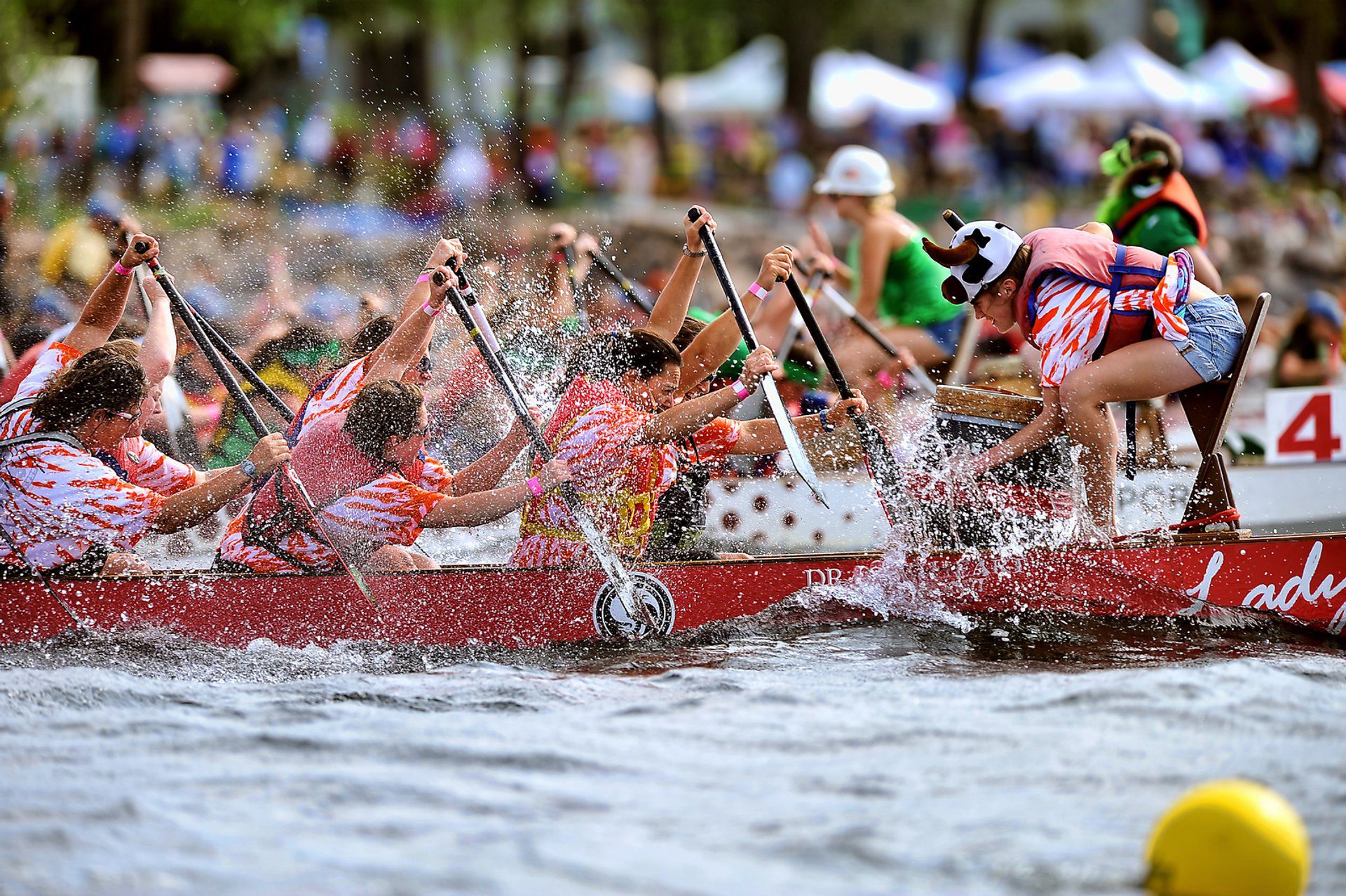 Every year, the Chinese celebrate the Dragon Boat Festival as a commemoration of how people attempted to rescue Qu Yuan. During this festival, people throw cooked rice in the river, believing that the rice would prevent the fishes in the river from eating the body of Qu Yuan.

The date of the Dragon Festival varies every year, as it depends on the Chinese calendar. This year, the Dragon Boat Festival is all set. If you do not know it yet, it is also referred to as the Duanwu Festival. It is one of the most important traditions in China. This year, China will have three days of holiday from June 12th to 14th. People will be back to work on the 15th.

What Is China’s Dragon Boat Festival?

As far as the myth is concerned, the Dragon Boat Festival can trace its roots to ancient China. It is based on the suicide of a poet named Qu Yuan in 278 BCE. Qu Yuan was also a statesman in the Chu Kingdom. Qu was a loyal minister to the King of Chu. The problem is that his intelligence antagonized court officials. Because of this, he was accused of false charges and conspiracy. As such, the king exiled him. It was during the years of his exile that he wrote poetry.

READ  Online Gaming Market Will Increase to $1 billion by 2021

He could not bear the agony. He tied a heavy stone on his chest and jumped into the Miluo River at the age of 61. The people who saw him tried to save him. Despite the king banishing him, people believed that he was a good man.

They searched for him in the river with their boats. They failed. Every year, people commemorated the attempt at saving him by rowing boats on the river. Over time, people also started throwing rice into the river. It is sacrificial rice to feed the fish. If the fish are fed, then they will not eat the body of Qu. They also made zongzi, a kind of glutinous rice with a filling that is wrapped with bamboo leaves.

There are many symbols in the Dragon Boat Festival. The boat is not motorized. It needs humans to run. The people in the boat have to paddle really hard. The boats are made of teak wood. They are also ornate, and the designs can range between 40 and 100 feet high. The front of the boat is always open-mouthed to symbolize the mouth of the dragon. The end always symbolizes the scaly tail of the dragon. The boats are long. They can accommodate up to 80 rowers.

So, what happens at the festival? The festival is actually a competition. There are several boats during the festival, not just one. Before the start of the competition, there is a ceremony where people “bring the boat to life.” They paint the eyes during this ceremony. During the race, the first team that gets the flag at the end of the course is declared the winner.

Apart from throwing rice in the river, people eat it, too. Earlier, we mentioned zongzi. People serve it during the festival. Visitors will get a chance to eat this delicacy, but this is not something that they serve on a daily basis.

Chinese culture is prevalent in the world. This is why you will see many games related to it. You will find these symbols even in slot machine games on websites like GG Bet.

The Dragon Boat Festival race is exciting. Here, you will see the sheer power of people rowing a boat. You will be amazed at how fast they could go! Nothing beats the experience of seeing the festival in person. However, if you cannot travel to China, you can always watch the coverage on TV. You could also watch videos uploaded on YouTube.